The Technical Director
Our staff
Our Philosophy
Educational Programme
We believe in Technology
Getting to know us better........

golf is certainly one of the most fun and fascinating sports in existence.

We, who have been fortunate enough to practice and teach it professionally, would like to be close to you so that you can appreciate it and share all its positive qualities. We would like to help you develop your full potential as a golfer by improving your technique and, above all, having fun.

No matter what your level of play is: from beginner to professional, the staff at the Sanremo Golf Academy can assist you and help you discover the best golfer in you. 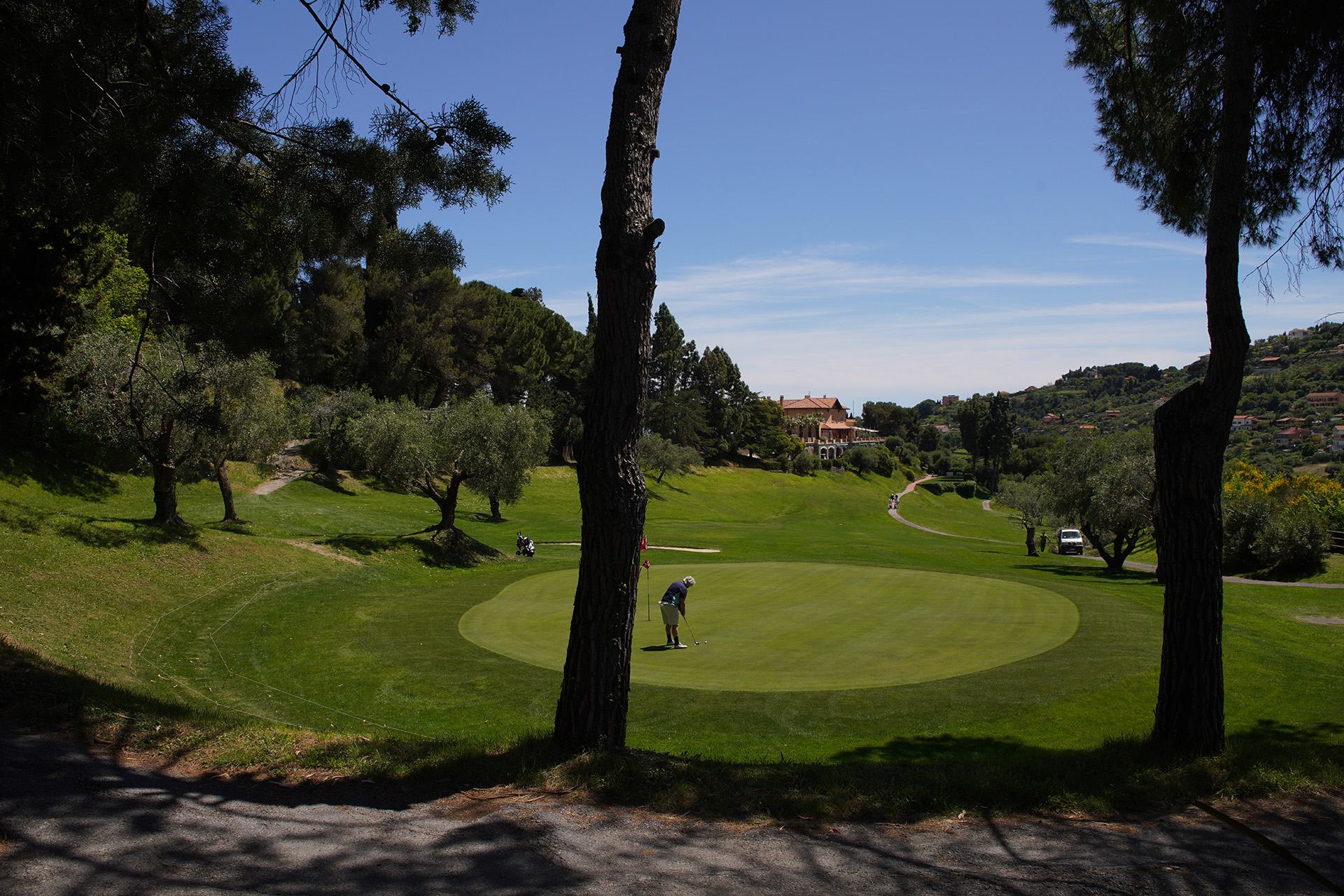 He turned professional golfer in 1981 and is regarded in the national and international golf world as one of the most qualified and representative Italian pros.

He was named “Hall of Fame” of the Italian PGA

From 1983 to 2012 Director of the National Golf School of the Italian Golf Federation.
From 1988 to 1993 He worked with the Italian national men’s and women’s golf teams.

In 2008, he was awarded the ‘Palme d’Or’, the highest technical award of the Italian National Olympic Committee (CONI).

From 2003 to 2011, he was the President of the Organising Committee of the Men’s and Women’s Italian Open, the Senior Italian Open and the National Professional Circuit.

Since 2010 he has been Technical Director of the BMW Golf Cup.

Author of the books: “The key to modern golf”- “In search of your best swing”- “A tee shot a lifetime”.

From 2011 to 2015, he was the President of the PGA’s of Europe (Association of European Golf Professional Associations).

From 1994 to 2003 He was the head of the PGA’s of Europe’s Advance Teaching Committee for European golf professionals.

In 1995, he received the “Five Stars Golf Professional Award” from the PGA’s of Europe for his contribution to improving the image and technical knowledge of the European golf professional worldwide.

He was the technical director of the European Golf Teaching & Coaching Conference of the PGA’s of Europe for the editions of:  Milan (Italy), Montreux (Switzerland) , Nimes (France), Malaga (Spain).

He has been a member of the Missionary Panel of the Royal & Ancient of St. Andrews since 1995.

He was the founder of the Indian National Golf Academy.

In 2017, he was awarded the Christer Lindberg Bowl, the PGA’s highest lifetime achievement award.

He is an honorary member of the golf professional associations of: France, India, Italy, Pakistan and Switzerland.

The staff of Sanremo Golf Academy consists in Italian PGA golf professionals who have gained experience and skills in teaching at all levels over time. 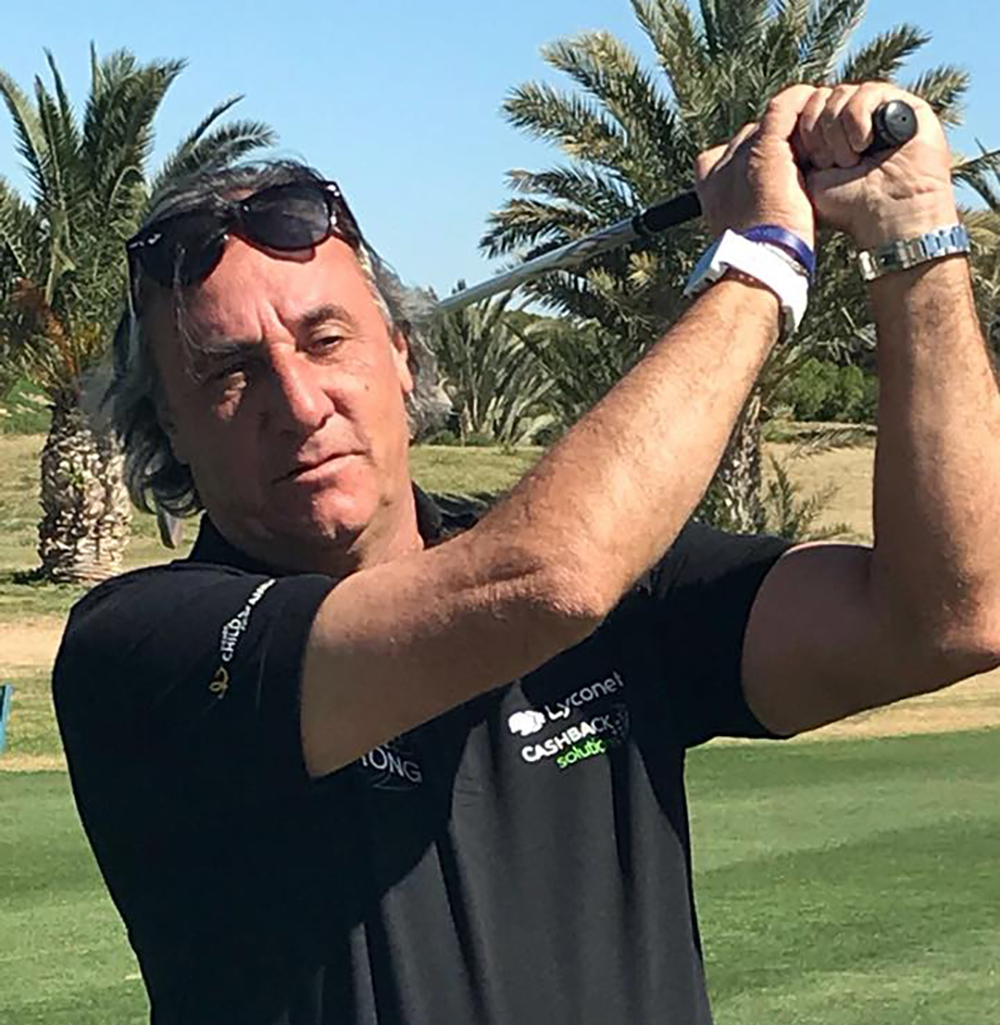 He took his first steps in golf in 1969/70 at the Arenzano golf club, in 1976 he moved to Sanremo and under the guidance of Maestro Mario Bianco he turned professional in 1984.

He began his career at Golf Stupinigi in Turin as assistant to Maestro Dino Canonica and collaborated with Golf Le Fronde dealing with youth activities. During the summer period he collaborated with the Donato Di Ponziano Golf School (1985/86/87)

In 1988, he became Master Holder at Golf Modena & Country Club.

Responsible for the youth activities of his own club and for the whole of Emilia-Romagna.

Together with the Bisazza brothers, he created B To C Golf and organised golf courses and golf clinics.

Since 2013 he has been working at Circolo Golf Club Sanremo

He has taken part in all the refresher courses organised by the National Golf School. He is a member of the Italian Teaching Master Golf School.

Took part in the Junior World Conference held in Rome in 2000, participated in all the European n Teaching and Coaching Conferences in Milan, Nimes, Montreaux , Malaga.

He has participated in all the seminars of the P.G.A. Italiana with important speakers such as: David Leadbetter, Michael Hebron, Dennis Pugh, Chuck Cook, Hank Haney, Christian Marquardt etc..

Winner of the Internationals of Italy, France,)

Winner of the Sheran Cup in Spain

National team player for the European and World Championships.

Coach of the Sanremo women’s team winner of the 2013 Pallavicino Trophy. 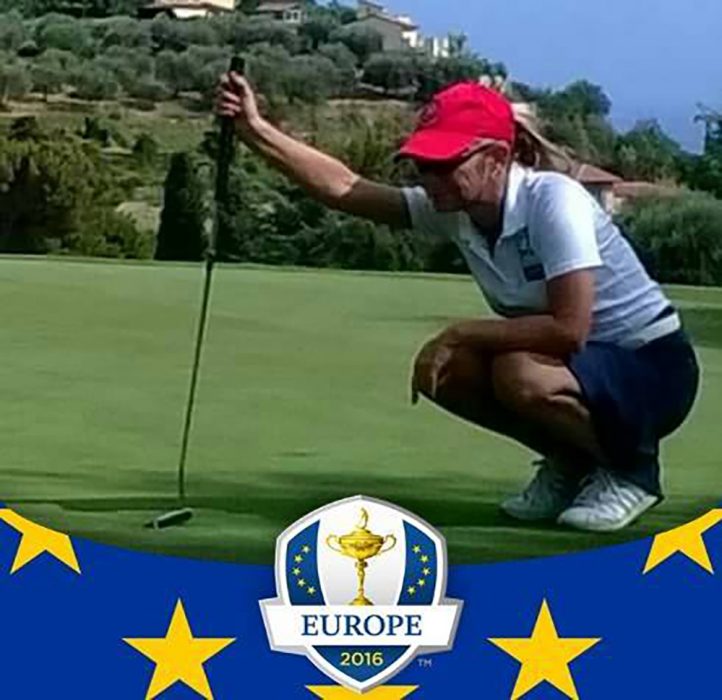 She took her first steps in the world of golf when she was very young, at the Circolo Golf degli Ulivi in Sanremo, where her father AMMIRATI Giuseppe taught as a teacher and where she taught for almost 50 years.

After graduating from the Istituto Magistrale di Sanremo in order to become a school teacher, he continued to dedicate himself to the game of golf with great dedication to achieve and crown his dream: to become a GOLF COACH, thus reconciling his passion for the game and his natural aptitude for teaching.

In 1993, he turned professional at the Centro Tecnico Federale – Scuola Nazionale di Golf in Sutri (VT). He became a member of the Italian PGA, took part in three International Conferences and several Refresher Courses, obtaining the qualification of AA Master.

He worked as a Maestro for five consecutive years at the Break Point Golf Club in Pergine Valsugana and at the Folgaria Golf Club (TN).

He then left Trentino and moved back to Liguria, but stayed for two more years at the Golf Club of Boves in Cuneo.

In 2000, she founded her own Golf School and opened a driving range in the city of Imperia, where she introduced the game of golf to an important catchment area made up of new golfers (beginners), who would follow her to the Circolo Golf degli Ulivi in Sanremo, her club of origin, where she returned in 2003 as a teacher and where she has been teaching for almost twenty years. 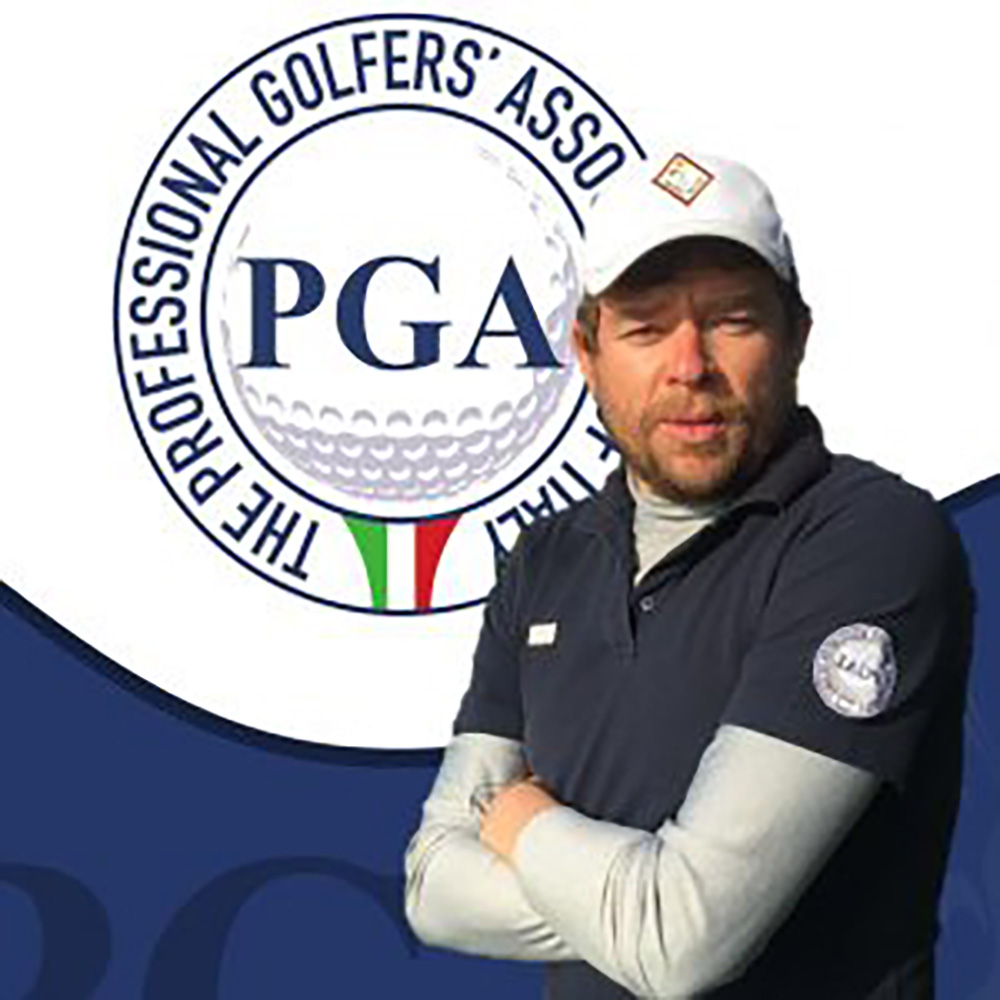 The people who got him hooked were his father Battistino (field worker), the masters Ammirati, Bianco Mario and from the age of 12 the master Zanini.

After his first experiences in youth activities, he was able to join the national team at the age of 17 in 1997.

In 1999 he won the most important competition as an amateur, the International Championship of Italy in Monza, golf Milan.

He participated in several National, International and European championships.

In 2000, after winning the A1 series (top 8 Italian teams) with the Sanremo Club, he played in the military in the sports group, winning the World Military Championships, turning professional immediately afterwards.

Trying his hand at being a player, he took part in many Alps tour and Challenge tournaments from 2001/2006, with a best finish at the Iles La Reunion open in Madagascar, 2nd place.

Since 2001 he has been teaching at Golf degli Ulivi after attending the 5-year school to become a teacher in Rome. 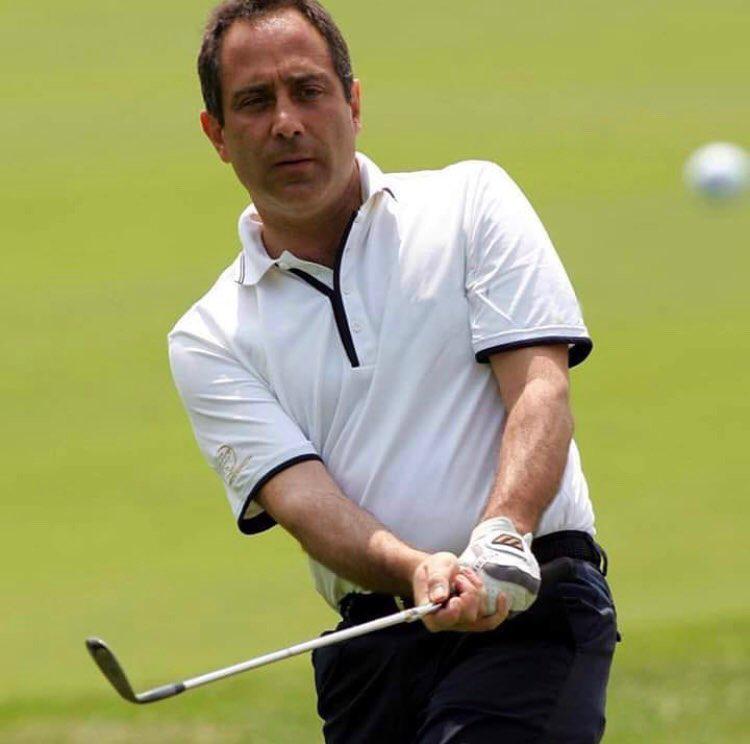 Our main goal is to improve your playing performance by making you enjoy and appreciate all the peculiarities of golf.

By developing a better swing suited to your physical characteristics that can be repeated with ease on the course.
By improving your short game technique, which necessarily includes putting, chipping, pitching and bunkering.
By teaching how to better manage your training and play on the course through the application of course management rules.
Giving importance to the mental aspects of the game and teaching methods to improve concentration and relaxation techniques.
Giving importance to physical preparation and nutrition; teaching you specific exercises for the game and a diet suited to its purposes.

All this while keeping your enjoyment and personal satisfaction as the primary goals!!!!

The Sanremo Golf Academy has the privilege of being able to count on a rich international source of technical information from all over the world.

Through a dense network of contacts and collaborations at technical level, and thanks to the work of professionals who have developed teaching experience at the highest level, the Sanremo Golf Academy has been able to build a teaching programme capable of meeting the needs of any type of player, from beginners to professionals.

The programme is carried out with the aid of the most modern teaching tools. 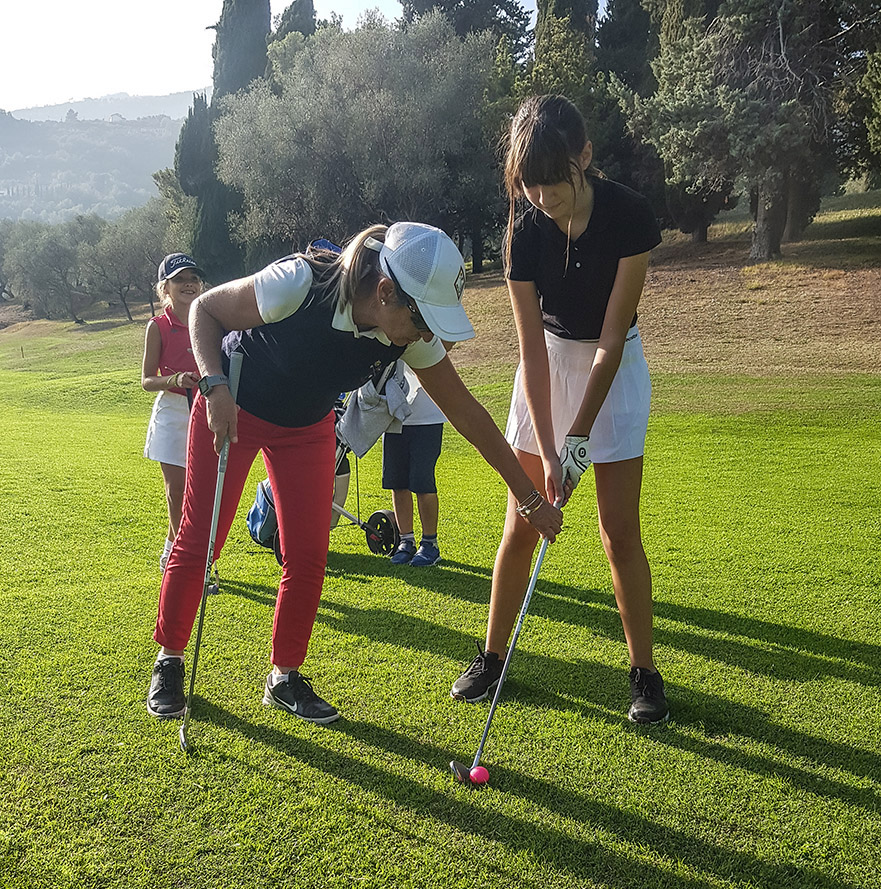 We believe that the student needs to understand not only what he or she has to do, but more importantly why one technical choice is made over another.

Technology, if used correctly, can contribute to a better understanding of the technical, geometric and ballistic aspects of the swing.

For this reason, the Sanremo Golf Academy, uses all the innovations on the market in terms of teaching aids, from the computer for swing analysis to the “Full Swing Simulator” for checking the ballistics of the shot. 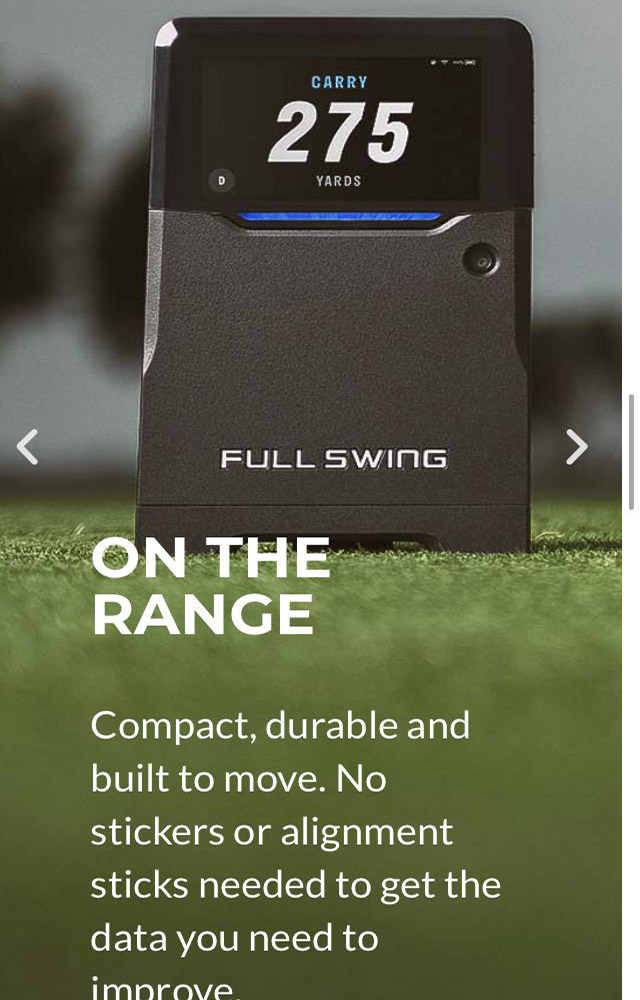 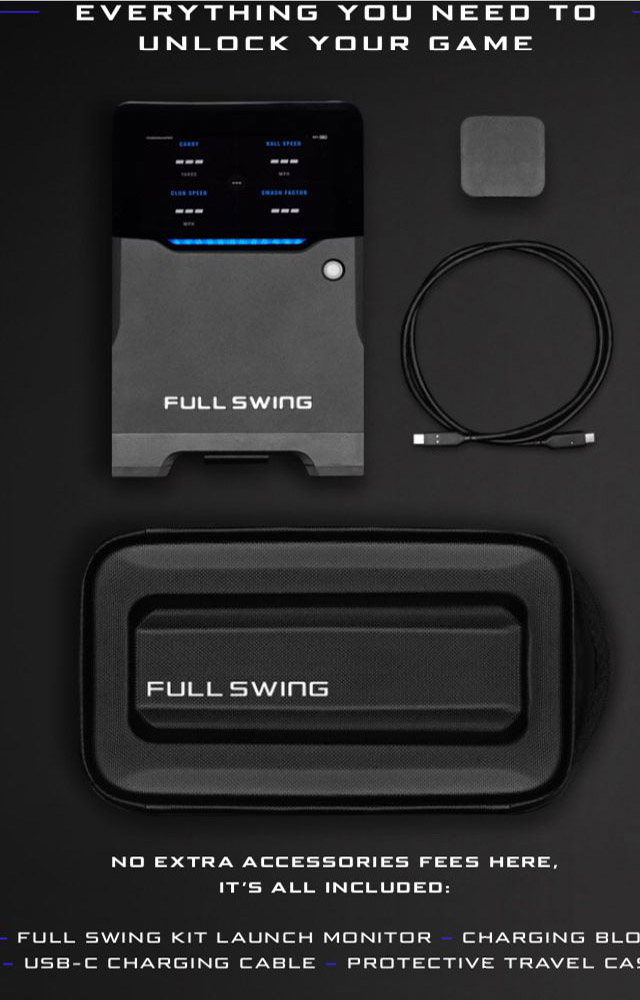 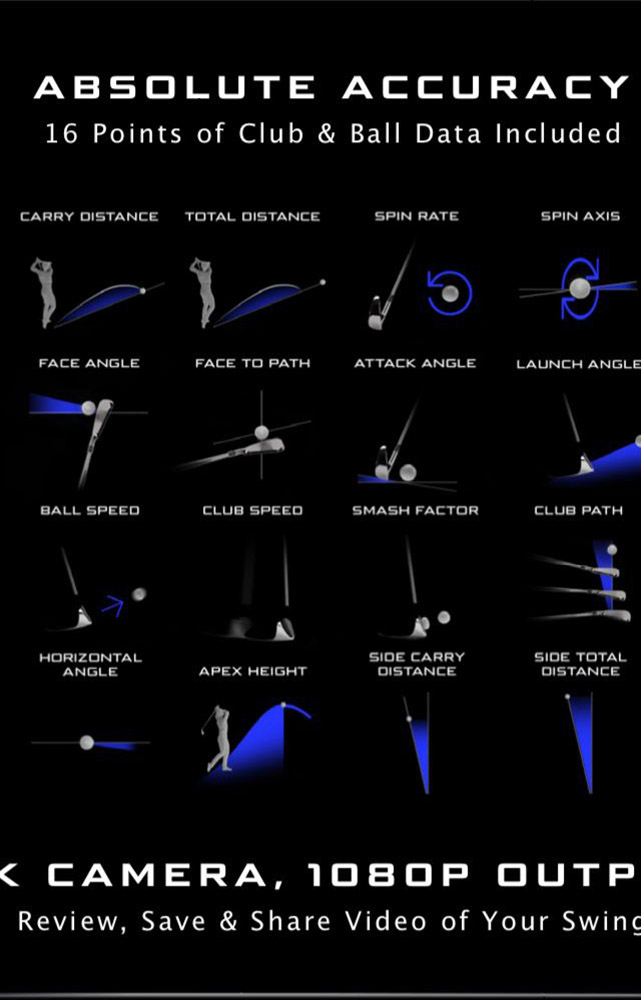 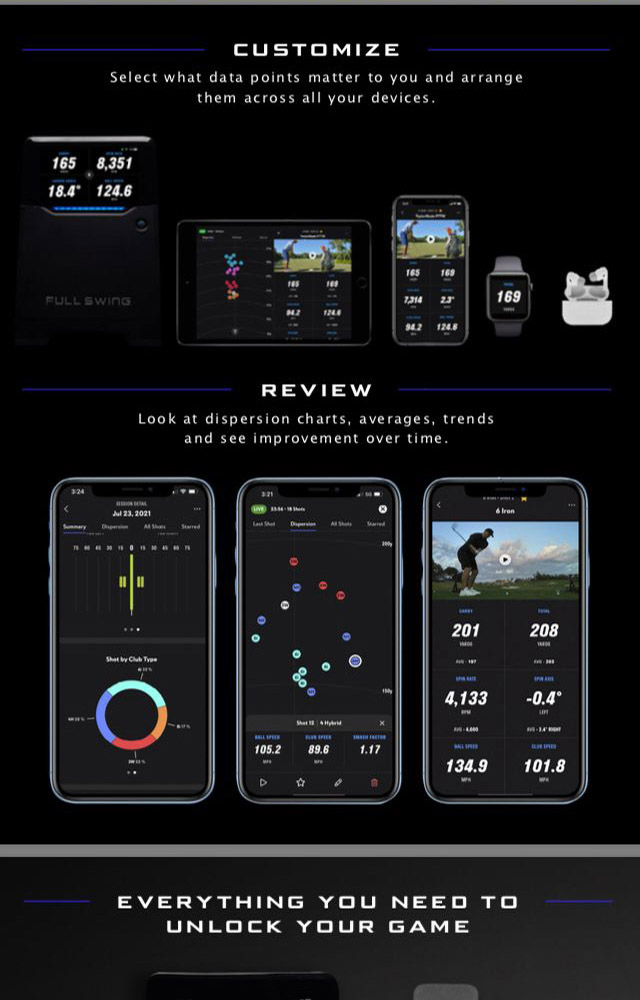 We believe that those who play golf should, above all, have fun, and we are fully committed to that end.

We believe that golf can be learnt by everyone at a sufficient level to be able to enjoy it.

We believe that there is no such thing as a one-size-fits-all swing.

Experience has taught us that success in golf is closely linked to the player’s ability to build his or her own personal swing, respecting their physical characteristics and the fundamentals of technique. This is why our lessons have the primary aim of applying the right teaching method to the individual needs of the student.

We believe that on-course performance is the main focus of the work done on the driving range to improve swing technique.

We believe that it is necessary for the player to appreciate the game on the course as soon as possible.

A correct swing is based on the application of a teaching method that respects the individual characteristics of the player.

We believe in the importance of physical and psychological preparation.

That is why we wanted to enlist the assistance of professionals in the field who can also help our pupils improve these two important factors that have a major impact on the game.

We believe that young people represent the future of our sport and that is why the Sanremo Golf Academy constantly monitors the activity of a conspicuous number of young talents through a programme designed specifically for them.

Golf is a sport and must be taken as such. Our efforts are concentrated on ensuring that the student can enjoy himself while improving his technical preparation and developing his potential as a golfer to the full. 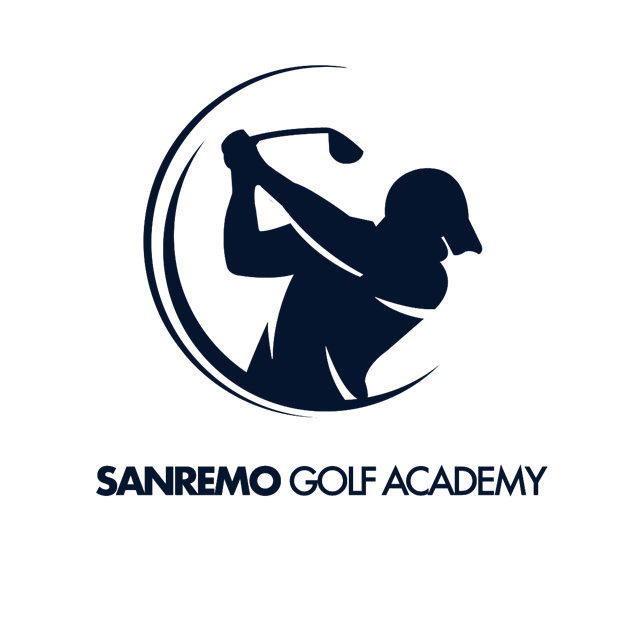